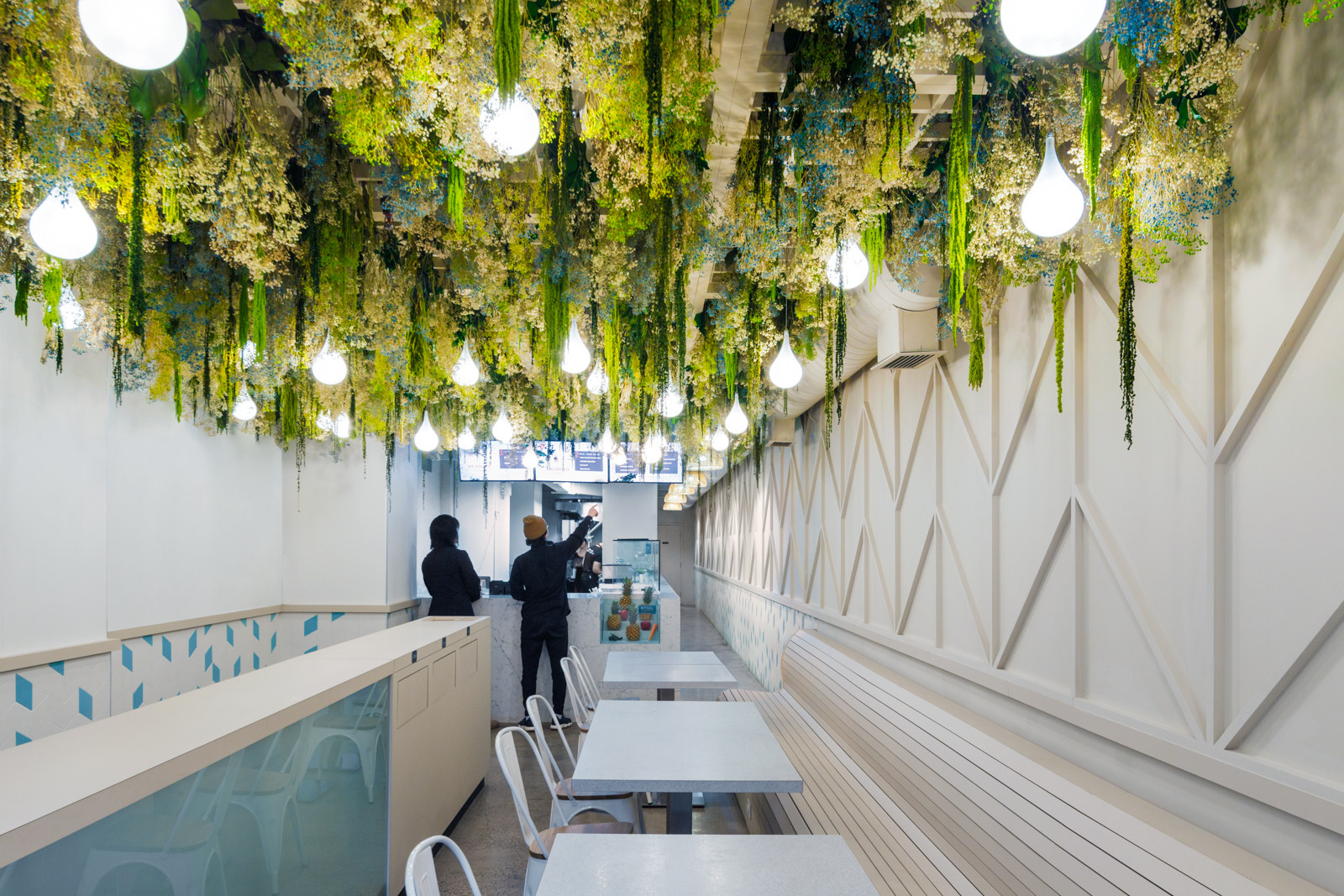 Over one-third of all fruits and vegetables produced end up in landfills because of their perceived imperfections. Undersized, discolored, or oddly-shaped produce that is completely fine for consumption is discarded because they do not fit the standard of beauty for grocery store shelves. The client that hired Syllable Design wanted to create IMPerfect Fresh Eats to raise awareness for this wasteful practice while creating a place where consumers can enjoy healthy, delicious foods offered at an accessible price, which they are able to do by incorporating “imperfect” produce, purchased directly from farmers at a discount into the menu. The Syllable Design team saw an opportunity to start a movement where “imperfect” produce are embraced instead of being trashed.

Their objective was to design a restaurant that would attract and retain customers by leveraging the sharing economy. On top of being an inspiring environment, the design needed to offer an efficient flow during rush hour while also offering a sense of calm for those who dine in. Their vision was to create a space inspired by the experience of dining outdoors at a countryside vineyard (in the Napa Valley or Tuscany) under a vegetated trellis and a warm summer day with the sunlight streaming through the vines. 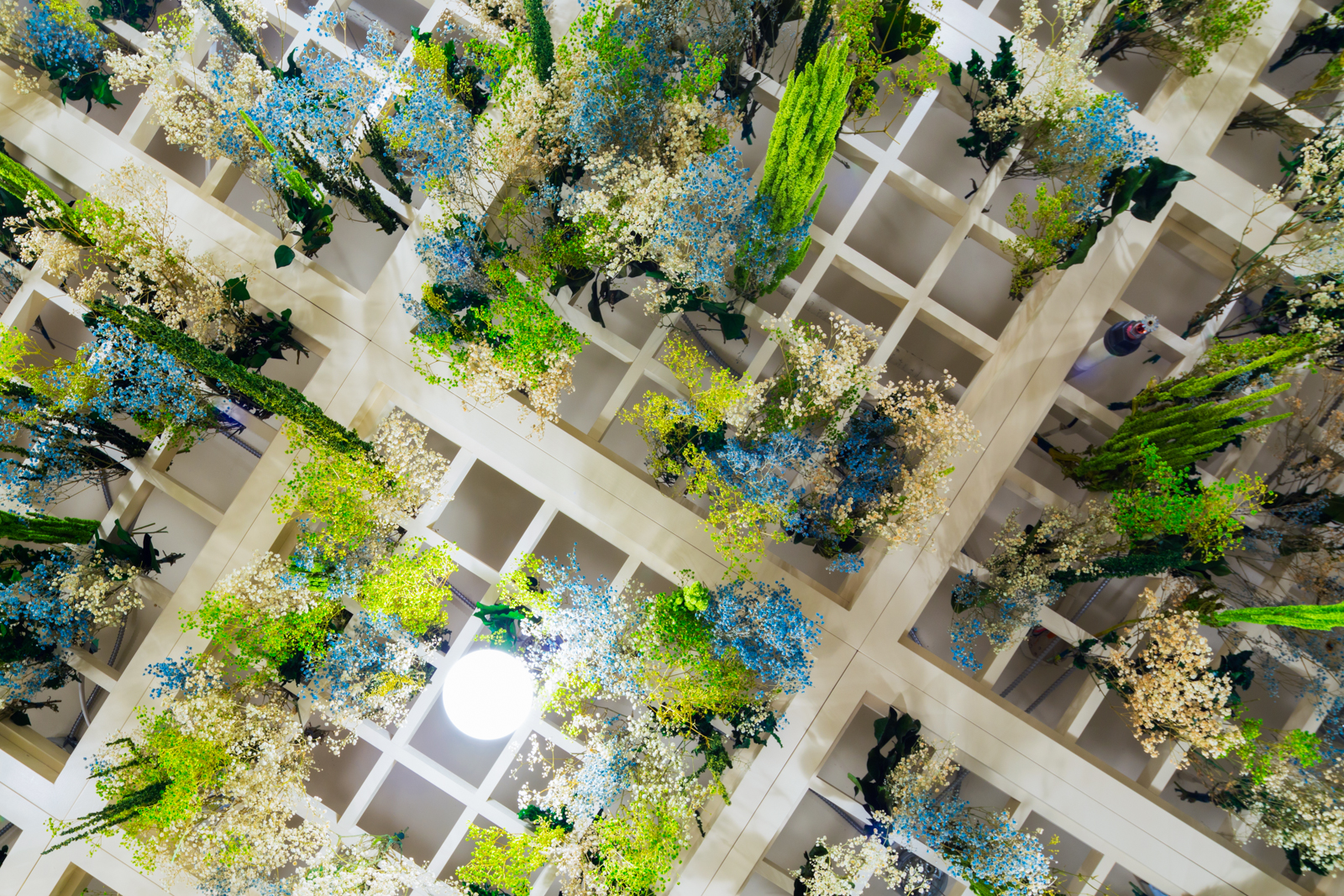 The dining space is conceived as an urban oasis that offers a sense of calm and restorative ambiance through the integration of biophilic design. Real flowers and foliage preserved by glycerin are hung from a ceiling suspended wooden trellis while a choreographed series of undulating light-droplets come together to create an ethereal effect.

IMPerfect’s January opening was a success. Without much efforts in marketing, the immense social media engagement and the visual interest the design generated has helped IMPerfect attract customers organically. The notion of using imperfect produce that helps divert these products from the landfill and delicious meals offered at the restaurant also helped bolster the appeal of the restaurant. Within three months, the restaurant was able to break even from revenues generated and initial investment costs.