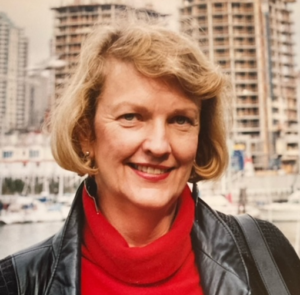 Michele helped to move forward common standards for interior design through her extensive work for the National Council for Interior Design Qualification (NCIDQ), later renamed the Council for Interior Design Qualification (CIDQ), serving as its Chair in 1990. Michele also founded and led Design BC, a broad based, multi-disciplinary organization recognizing all design professions.

As an educator in the late 1970s and early 1980s Michele was instrumental in re-shaping the then two-year diploma course at Kwantlen College into a program that could grow into a Bachelor of Interior Design. Under Kwantlen Polytechnic University, this program offered the first CIDA accredited Bachelor Degree in Interior Design in British Columbia.

Michele gave selflessly of her time and energy in seeking respect and making progress for recognition of interior design as an equal player to other professions within the built environment.  She worked provincially, nationally, and internationally, to promote the profession of interior design.  She was a consummate committed volunteer, giving a tremendous amount of energy and effort to the profession that gave her so much pleasure and satisfaction.