By Georgi Sizeland and David Hanson

Once established, this council developed the framework for quality continuing education for interior designers based on the standards of the International Association of Continuing Education and Training (IACET). IACET is a Washington D.C.-based non-profit organization devoted to the constructive and consistent use of the Continuing Education Unit (CEU) in the professional world.

IDCEC operated based on the work of member association staff members and/or volunteer representatives. The four core association members included IDEC (acting as IDCEC Chair), one practicing professional educator, one staff member each from ASID and IIDA (IBD), and a liaison RID volunteer from IDC. 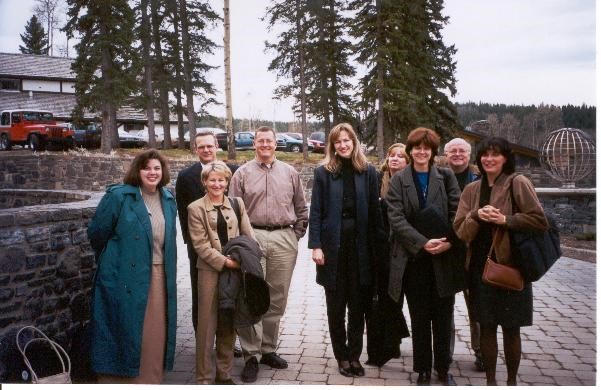 IDCEC members met in person twice a year to set standards for course review and operated as a central clearinghouse for Continuing Education standards and provided a process for review and approval of course materials. From the mid-’90s, one of these two meetings always coincided with the Council for Interior Design Qualification (CIDQ) annual meeting. This was done to increase exposure and open dialogue between provincial associations, state boards, and IDCEC.

The process was documented in a regularly updated operating manual that outlined a very labor-intensive paper-based process, including two different streams: one for course review for one-time presentation courses (or trade show offerings) and another for courses that were to be presented a few times. The process required the preparation of eight copies of a submission package distributed to the member organization’s reviewer pool (via surface mail) for approval and/or feedback by return mail.  Distribution was dependent on mail service and therefore the process typically took up to eight weeks. In the later 1990s approvals arrived via facsimile, but it was still a slow process.

In the initial years, formal registering of approved courses and participant tracking was overseen by the international testing organization ACT. All paperwork went through them, and individuals paid a fee to register their attendance. Around 1997 IDCEC was advised that ACT would no longer provide CEU registry services (they had been doing this for several organizations). At the same time, CIDQ had been updating its database capabilities and as they were already participating as a core member of IDCEC, they offered to take on the task of CEU registration.

CIDQ worked closely with IDCEC to manage an independent registry for tracking our member’s CEU activity. Its key roles included issuing course numbers, maintaining a listing of all approved courses, and being the central repository of all learners continuing education credits summarized on annual transcripts. This became even more important as many jurisdictions made CEU participation mandatory.

In the early years, each provincial organization endeavored to provide its members with at least one continuing education course per year. IDCEC-approved courses were reciprocal between member organizations, which expanded the opportunities for learning. In Canada, starting in 2002, provincial associations (B.C., Alberta, and Ontario) were setting specific numbers of hours of mandatory continuing education for their members, which increased the demand for new courses along with the volume of courses to process. This requirement was eventually adopted by all provincial associations. In the US, state boards had already started this mandatory requirement.

To increase offerings to meet the demands of mandatory CEUs, manufacturers were approached as a source of new courses. Their structured internal training processes offered a ready volume of appropriate educational materials. Around 1995, a group of manufacturers stepped up to this challenge, along with IDCEC, and an entity was formed to try to document and catalog their offerings and disseminate them back to the design community. The Design Coalition for Professional Development (DCPD) was incorporated in 1997 to take on this task. David Hanson represented IDC as a director and was the initial president. The funds provided by the inaugural industry partners were used to have graduate students survey this material and create a central clearinghouse for it. Although this initial work was completed, as time progressed, some of the core members decided to withdraw their participation, thus ending the project in 1999. However, the conversations with the industry enlightened manufacturer and supplier organizations to the importance of developing and offering CEUs for the interior design industry who were their specifiers and customers, and this source has grown exponentially in recent years. 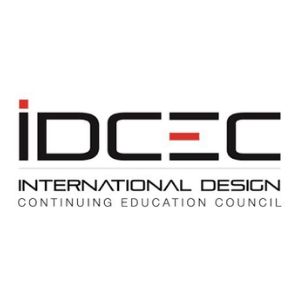 Practicing interior designers accessed the CEU registry system through their provincial associations (or IIDA & ASID in the US) which meant that IDCEC was mostly an unknown entity to practitioners. However, starting around 2000 efforts were ramped up to increase this visibility and courses began to be identified as ‘IDCEC Approved’, and logos were developed to reinforce this.

A more active engagement and presentations to NCIDQ delegates to promote the work of IDCEC started in the fall of 2002. However, due to the increasing demand and new volume of course material that needed to be reviewed and approved, as well as a lack of technological support, it became apparent by 2006 that the workload was unsustainable in its current form.

In 2008 the four core members, ASID, IIDA, IDEC, and IDC initiated a task force to come up with recommendations that led to the creation of an independent entity in 2011, the current IDCEC. The task force members were Sue Pable representing IDEC, David Hanson representing IIDA, Georgi Sizeland representing IDC, and Rhonda Claytor DeBerry representing ASID.

This was a huge step, moving the workload to a paid IDCEC staff, simplifying the registry of learner records and transcripts as well as streamlining the provincial Continuing Education roles to find approved courses and validate member CEU requirements via an online portal and website. Our core member organizations are still participating as board members at IDCEC.

The last two years have seen a plethora of online learning in a multitude of formats capturing the most current subject matter. Interior design continuing education in Canada has gone through quite a metamorphosis in the last 50 years. It is exciting to think about what the next 50 will bring.