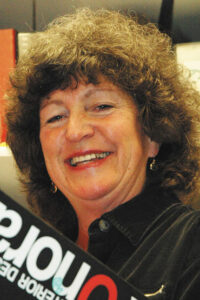 I recall three major goals that consumed much of my time as IDC President in 1985 and 1986 – the first was to educate the public about the difference between interior design and interior decoration; to establish minimum qualifications of education, experience, and examination; and to accomplish cross-Canada provincial reciprocity for interior design members having those qualifications.

The other major accomplishment during my tenure was bringing strategic planning to IDC as an annual activity, to ensure both short and long-term goals of the organization were being addressed and would be appropriately prioritized (rather than a particular ‘pet project’ of any president or board of directors). Surprisingly, this was not as easy as one might have expected, and I believe became one of the strongest pillars of IDC. I hope this is still the case today.

In hindsight, I wondered about my sanity in attempting this involvement in volunteer activities given that I had a more than full-time job teaching and developing curriculum to convert a two-year diploma program to a four-year baccalaureate degree, a husband, and home renovation in progress, and two young children. Alas, the work of volunteering had become a constant in my life. I had been the Interior Designers Institute of British Columbia’s president, went on to become a director of Exam and Jury on the Council for Interior Design Qualification (CIDQ) board, and was very involved in the Interior Design Educators Council (IDEC) as well. People often asked me why I give so much time to these organizations and I always say that I have come away with so much more than I have given. And as I reflect now, I was able to contribute and work with some of the best and some who are no longer with us, like Bob Ledingham, Ron Veitch, Dianne Jackman, Ron Strandberg, and some who have become life-long friends like Michele Guest, Carol Jones, Ester Ritchie, Claude Berube, amongst others.

And curiously, the article that I wrote for Canadian Interiors entitled “Designer Everything” was maybe my favorite. I bemoaned the rampant use of the term ‘designer’ to label everything from dog food to coffee. The upside, of course, was the word designer was attached to every conceivable product. The downside was that it was not particularly helpful to any of our intentions of elevating the profession of interior design. So, you can all understand, that in today’s marketing campaigns, I literally cringe when I see yet another sign indicating that this bunch of stuff for sale is a ‘curated collection’.

Happy 50th Anniversary IDC!!  I cannot believe so many years have zipped by.