The home of mid-century greats like Hans Wegner, Arne Jacobsen and Verner Panton, as well as contemporary interior designers exploring innovative new techniques, Denmark has long been heralded as a mecca for modern design.

Earlier this spring, 24 IDC members, including IDC president Sally Mils and IDC vice president Carol Jones, immersed themselves in the world of Danish design during a trade mission to Copenhagen.

Taking place from April 29 to May 3, the trade mission was organized by the Ministry of Foreign Affairs of Denmark and the Royal Danish Consulate in Toronto, in collaboration with the Interior Designers of Canada. The goal of the trade mission was to continue to foster the relationship between Canadian and Danish designers, as well as introduce IDC members to the breadth of Danish products. 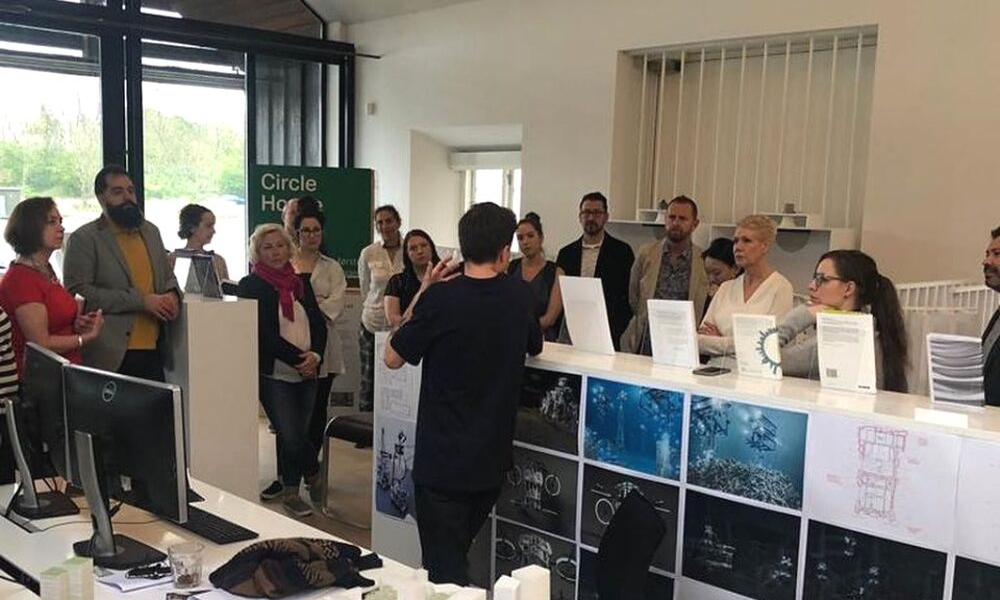 Over four fully-packed days, attendees visited showrooms and museums, toured the office of architecture firm 3XN and furniture manufacturing factories, attended the Trends & Traditions trade fair, and of course, dined at some of Copenhagen’s most acclaimed restaurants.

Attendees began their visit with a guided tour of BLOX, the OMA-designed cultural hub situated on Copenhagen’s harbourfront, and the design store, Warm Nordic, where they were greeted by owner and founder, Frantz Longhi.

Attendees got a behind the scenes look inside Brdr. Krüger during a factory tour, and later visited the showrooms of PP Møbler and Fritz Hansen. Later, the history and lasting impact of Danish design was put into context during a guided tour of the Design Museum, which is housed inside the former Royal Frederik’s Hospital and then adapted by architects Ivar Bentsen and Kaare Klint.

“The highlight of the trade mission for me was gaining an in-depth view of the care and craftsmanship of Danish furniture and manufacturing,” says Gregory Wooster, principal of Vancouver-based Space Craft Design Corp. “Though Danish furniture has an iconic place in the interior design world, the tour helped me to understand why. I was particularly taken with manufacturers that I was less intimately familiar with, such as PP Møbler and Brdr. Krüger.”

At Trends & Traditions, IDC members had the chance to explore the works of 130 exhibitors and 160 brands in the casual marketplace, as well as listen to a diverse mix of presentations and panel discussions on trends and design processes.

Although the trade mission itinerary was filled with showroom visits and guided tours, attendees also had ample downtime to experience beautiful Copenhagen in spring, whether wandering along the colourful townhouses of Nyhavn or strolling through the shopping artery Strøget, one of Europe’s longest pedestrian-only streets.

“I met such friendly and welcoming people, ate fantastic meals and experienced a part of the world I may not have otherwise visited,” says Wooster. “It was fantastic to just wander the streets and experience Danish living. I would highly recommend the trade mission to Denmark to other members of IDC because of the hidden opportunities it presents.”