Announcing the judges of IDC’s 2022 Value of Design Awards

The Interior Designers of Canada’s fifth annual Value of Design Awards (VODA) celebrates the best in Canadian interior design, highlighting innovative, purpose-driven spaces that demonstrate the value of interior design and the benefits to the client and visitors.

This year’s judges represent a diverse cross-section of the design industry, representing the fields of interior design, advocacy, and media. 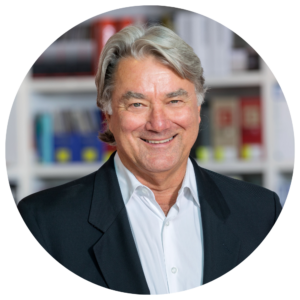 Gary E. Wheeler is a renowned professional with more than 30 years design experience and a passion for creative excellence. He has led practices at Perkins&Will, Gensler, and most recently, HDR. Distinguished for his strategic approach to workplace design, Gary began his career as co-founder of the Wheeler Group in 1978. When Perkins&Will acquired the company in 1996, he became National Director of Interiors and later Managing Partner of the firm’s headquarter office in Chicago. He joined Gensler’s London office as Director of WorkPlace Europe in 2004, and was Interior Design+Workplace Strategy Global Leader, HDR before joining ASID. Over the years, Gary has worked with companies in a variety of industries, including Apple, JPMorgan Chase, Time Warner, Bates Advertising, Leo Burnett Worldwide, and Marsh.

Gary has been a member of ASID since he was a student. His many ASID accomplishments and milestones include being named the Designer of Distinction (1999), granted fellowship, and serving as National president (1994). During Wheeler’s time as ASID president, he was a transformative leader that ushered in a new era for the organization by expanding the ASID Foundation and investing in research and evidence-based design. Beyond Society honors, Wheeler has been inducted into the Interior Design Hall of Fame and received the Senior Fellow Award from The Design Future Council (DFC) in 2002. He is one of the few designers with Fellow distinction with ASID and IIDA. 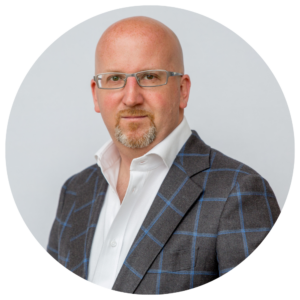 Peter Sobchak has been examining and discussing topics related to design, architecture and real estate development in Canada through various mediums for over 19 years. He is Editor in Chief of Canadian Interiors and Building magazines, his writing has appeared in publications in England, Germany, the Netherlands, China and elsewhere, and his work has won several National Magazine Awards. Beyond the realm of publishing, he was also the host and producer of Building Toronto, a limited-run series which aired on Rogers TV, and is currently hosting and producing the podcast series Bevel: Canadian Interiors Conversations, which is available on a variety of streaming platforms including Spotify and Apple Podcasts.

Theresa Casey is one of Canada’s most distinguished and celebrated interior designers. Winner of the inaugural IDC VODA Gold Award of Excellence for Historic Preservation of an 1850’s farmhouse, her work has been described by the Globe and Mail as “the work of a designer who is not interested in spaces that are ‘done’; rather she works the shapes, proportions, textures, and light into a harmonious and emotionally satisfying balance.” Theresa’s educational background in History, Art History, Design and Fine Art, with studies in North America and Italy, means that she brings a wealth of knowledge and experience to each project. She believes that clients who know themselves make their own mark; ‘I just help them get there by encouraging risks, innovation and individuality.’

The deadline to submit VODA entries has now passed. Winners will be honoured at an awards celebration this fall. In addition, all winning projects will be profiled on IDC’s website, newsletter, and promoted on IDC’s social media channels.