Western Living’s Design Talks series brings together designers and architects to network, take in great discussion from top design pros—and grab a glass of wine, too.

The next topic in the series is Smart Space Planning. From designing clever storage solutions to creating a comfortable flow in a room, smart space planning is about more than just small space design. Designers Anneliesse Kelly and Andrea Rodman will be joining Western Living editorial director Anicka Quin to share their own insights, along with a few great projects that exemplify great design.

This panel accounts for one IDCEC hour for members.

When:
Wednesday, February 1, 2023
Doors open at 5:30 pm for networking and refreshments. Annaliesse Kelly has been in the world of design for 20 years. Throughout her award-winning career, Annaliesse has worked with Canada’s top architectural firms, contractors and artisans to create sophisticated spaces that reflect the individual needs of her clients. AK Design’s work has been featured extensively in the press, including in Western Living, Living Etc, Dwell, BC Living, Rue Magazine and more. This recognition has been largely attributed to their passion for creating spaces that are timeless, functional and most importantly—feel like home. 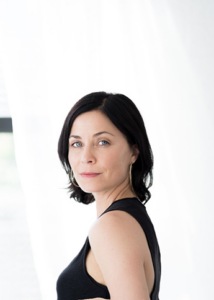 Andrea started her career in the design industry in 2002 and has worked on many incredible homes, some of which have been featured in Architectural Digest, Elle Decor, House and Home, and Western Living magazine, among others.  Andrea grew up in between Toronto and Sydney Australia with an English-born, Australian raised mother. She grew up traveling and seeing the world at a very young age. After moving back to Canada in her mid twenties after living five years abroad, Andrea planted roots in Vancouver B.C and began her interior design career. Andrea Rodman Interiors was established in 2008 and has created alliances with preferred architects, builders and craftspeople in the Vancouver area and throughout B.C. Andrea holds a diploma for Interior Design from BCIT and a diploma of Fashion Design from Blanche Macdonald. Andrea was also educated in the Arts York program in Toronto for the performing arts.